You are here: Home / Her Southern Cocktails / Let’s Talk more about Cocktail HOurs: A brief HIstory

While we are speaking of cocktail hours on the blog, I never knew where they originated from and I was always curious. Who thought it would be a fun idea to make complicated drinks and snacks right before dinner time? Once I knew P and I were having them consistently, I set out to learn more about the history of cocktail hours and their evolution. Read till the end of the blog for a tip on how to make your cocktail hour a breeze!

History + evolution of the cocktail hour

While British novelist Alec Waugh lays claim to the very first cocktail party in an Esquire article from the 1970’s, in the United States, the creation of the event goes to Missouri socialites, Mrs. and Mrs. Julius Walsh. In April of 1917, tradition holds that the Walshes invited 50 guests from different social circles to their mansion in the early afternoon. (This created quite the commotion as ladies were looked down upon if seen drinking in public.) Most parties had drinks after the dinner, not before, and the couple held theirs at noon. Mrs. Walsh also hired professional bartenders to cater to her guest’s needs instead of having them hover over a punch bowl, the norm for parties at the time. The Walshes bucked many norms with this party, and once the St. Louis press got wind of it, the fad had begun.

During the Prohibition era, drinking went underground in the form of speakeasies, and bartenders began to cultivate mixed drinks using fruit juices, cokes/sodas, mixers to hide the taste of alcohol. By the end of 1933, Americans had their beloved cocktails back and an abundance of new drinks made their debut at bars all over America. It was during the 1940’s that cocktail parties became the in thing to do and books and guides were being written for every hostess who wanted to hold a party, complete with recipes for aperitifs and canapés.

A prized vintage find would be a first edition copy of the Stork Club Bar Book, written by Lucius Beebe. The Stork Club was a famous New York bar haunted by celebs, including the likes of Lucille Ball and Grace Kelly. The book contains recipes for all the classics, like the Manhattan, but it also has fun recipes that bear the names of the club’s fans and patrons, like the Niesen Buzz Bomb and the Rosalind Russell. While I haven’t nailed down an original copy, I did surprise P with a reprint edition.

Zooming into the 1950’s through the 1970’s, cocktails and their eponymous parties began influencing pop culture and vice versa. In the middle and later part of the 20th century, vodka and tequila gained popularity and rum (which was popular back in the colonial days) returned for fruity and sweet drink inventions, like the Pina colada- one of my beach faves.

fun fact: It was during the cocktail hour that a gentleman would use his time to get to know his dinner date better and become more acquainted with other guests before being seated next to them at the dinner table.

Today, we still do a variety of low key and fancy cocktail hours and the rules have evolved. While I didn’t really get to enjoy it, there was one at my wedding, and most brides choose to have one to keep their guests entertained while they are taking pictures. During the holidays, hosts often like to have cocktail hours before the formal dinner, especially when entertaining out of town guests. People are also choosing to have one just for the heck of it, without dinner afterward. No matter how formal or informal, cocktail hours are engrained in our culture and I’m happy to carry on the tradition.

If you choose to host a cocktail party, once this quarantine time is over, here are some good rules and etiquette to follow:

Tips as a guest

If you are a guest of a cocktail party, keep the following etiquette in mind:

Sipping Made Simple is launching their new business by giving away one of their fun cocktail kits. Their sangria kits come with all the fun stuff you need to make a delicious red or white wine sangria Head over to my instagram for all the giveaway details! 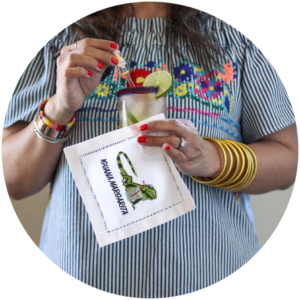 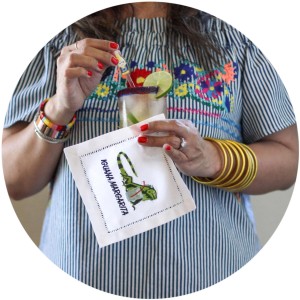 will definitely need one of these babies to tackle

Christmas shots with a fave 🦪